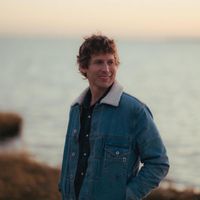 This has been rescheduled from May 21 to May 28th. Jesse Terry- The first time I saw Jesse perform I was just gobsmacked, as they say in the UK. He was fun, engaging, sincere and so, so talented. His voice simply melted me... I don't know how else to describe it. Since then he has become a staple of my music listening and performance attending routines. That just makes it all extra cool that he will be here at the Farmhouse for this show. — Jay Smith of Pollstar.com put it this way..."Terry would fit right in with the songwriters of the 1960s and ’70s. Listening to his music, it’s easy to imagine hearing his songs on the radio in between cuts by Bob Dylan, James Taylor, Jackson Browne and Joni Mitchell.” Jesse earned a degree from Berklee College of Music and went on to a five-year staff writer gig on Nashville's Music Row penning material for major TV networks, and winning prestigious songwriting awards. Now Jesse tours the US and the UK performing up to 150 shows per year. Usually accompanied by his beloved wife Jess and their precious 2 year old Lilly, he performs for his countless fans who generally consider him the "nicest guy in the music business" In the words of Music News Nashville, Jesse "bring[s] to mind iconic artist/poets like Paul Simon and Jackson Browne... [with] a performance that touches the heart like only a whisper can." I couldn't agree more. His song, "Stargazer" has become an anthem for me. Check out this awesome video shot in the Bamburgh castle on the UK coast. https://youtu.be/ydOal9N6jw4